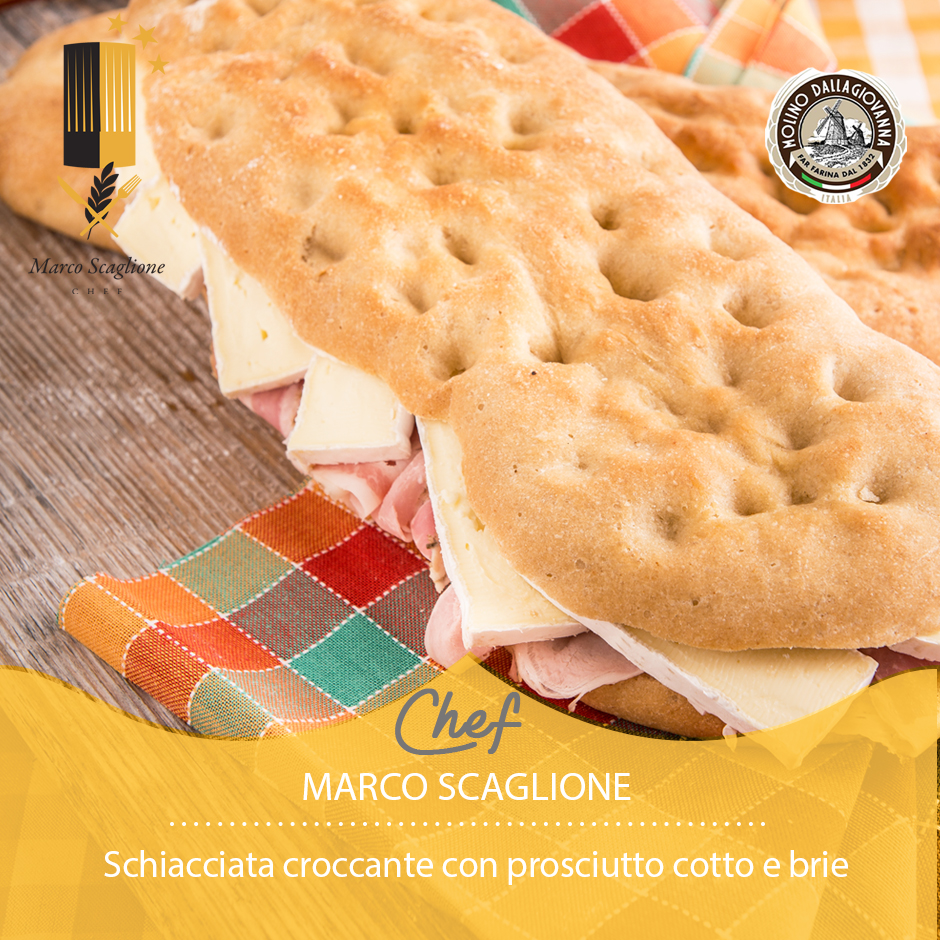 The recipe for this crunchy mash is enriched with a simple filling, but definitely tasty.
Features:
Brie cheese has a soft paste and an intense taste, an external crust flowered with light moulds, of French origin. It’s a pretty caloric food rich in triglycerides and protein made from raw cow’s milk that ages 20-30 days.
Historical background:
It is possible that the Brie was born at the abbey of Notre-Dame de Jouarre, approximately in the eleventh century AD.
Notes:
The Brie has a centripetal seasoning trend, that is, it ripens more quickly in the middle than the outside that gives it a particular aspect: a melting, creamy, yellowish undercoat and a more consistent central core, candid white color.

Process for making the dough:
In a bowl dissolve the fresh yeast with water at room temperature, pour the mix and knead. Add oil and salt and continue to work until the ingredients are all well incorporated.
Method of preparation and proofing:
Transfer the dough on two baking trays lined with parchment paper previously greased with oil and spread the focaccia over the entire pan in a homogeneous manner and pour half of the brine, then press with your fingertips to create the classic pits in which the brine is laid.
Allow to rise for 45 minutes/1 hour at room temperature.
Procedure for the cooking:
After the leavening time has elapsed, turn on the oven in static mode and at 220, season the remaining brine and bake for about 20 minutes.
Remove the pan when cooked and let cool.
Procedure for the filling:
After the rest time open in half the crushed and stuffed with slices of ham and slices of Brie.